In many esports, Chinese teams are up at the very top.

In League of Legends, they’ve won two of the last three World Championships. PSG.LGD placed third at the most recent Dota 2 The International. China is the third-most represented nationality in the Overwatch League, and were runners-up at the last two World Cups. In smaller games like PLAYERUNKOWN’s Battlegrounds, they field some of the best teams in the world. Not to mention their domination of mobile games like PUBG Mobile and Asian-focused games like Crossfire.

But in VALORANT, most fans have barely heard of Chinese competition and have never watched it.

Chinese VALORANT has plenty of issues. Since the game is not yet available in the country, teams have to play on servers outside of the country, typically in Hong Kong. Some events aren’t broadcasted at all, and only have scoreboards posted on obscure Weibo pages, and for the ones that are, they’re exclusively on Chinese platforms such as Huya and DouYu that are notoriously difficult to navigate for outsiders. Not a single match played by a Chinese team has been broadcasted on a western platform like Twitch or Youtube. And since the game isn’t officially released there yet, they’ve missed out on some of the biggest competitions in the world, including First Strike.

But don’t let all this deceive you. Chinese teams are deadly. You might not have heard of them, but don’t underestimate them. They’ve surprised plenty of teams in Asia and regularly go toe-to-toe with the best in the region. Be prepared for Chinese VALORANT once they can attend LANs, or ignore them at your own peril.

When I started diving deep into the Chinese scene, the first thing I noticed was how much emphasis was placed on Jett play.

Regions like North America and Europe have mostly moved on from the incredibly Jett-focused metas we saw earlier in VALORANT’s lifespan. But Chinese teams still work around them, just more focusing their Jett on entry plays. The number of times I saw a player such as Zheng “ZmjjKK” Yongkang Zheng “ZmjjKK” Yongkang

Team:Only One WordMaps Played:27KPR:0.76ADR:135.56 lead the charge for their team by dashing into either site’s Heaven on Split or A Site on Haven dwarfs what is usually seen in western regions.

Kim  “glow“ Min-sooKim  “stax“ Gu-taekLee  “k1Ng“ Seung-wonKim  “Zest“ Gi-seokGoo  “Rb“ Sang-Min, you’ll pick some teamwork and set plays up, and it is easy to tell that top Chinese teams have. Fundamentals and things like defaults look very practiced and thought out. The region is generally quite aggressive, as alluded to with the Jett play, but some teams are more so than others. Overall, I’d say they play a style that is best compared to Japanese play – pretty aggressive with a focus on duelists, but teams falling all over the spectrum. 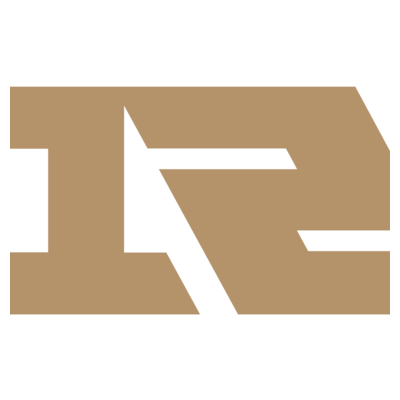 One of the most well-known Chinese organizations in League of Legends, RNG’s VALORANT squad is always the favourite to take the top spot in competitions in the region and have gone toe-to-toe with some of the best teams in Asia.

I previously noted ZmjjKK when discussing China’s emphasis on Jett play, and he’s probably the best example of that. Simply put, ZmjjKK is the best player you’ve never heard of. His entries work so well because he knows he can take almost any gunfight and not lose it. For my money, he’s the single best player in China.

Team:Maps Played:0KPR:N/AADR:N/A for being one of the best players in China – typically playing Sova, he’s excellent in the clutch and at clearing up sites, a perfect follow-up to ZmjjKK’s entrying. Wang “nobody” Senxu Wang “nobody” Senxu

Team:Maps Played:0KPR:N/AADR:N/A, only recently joined the team at the end of December. 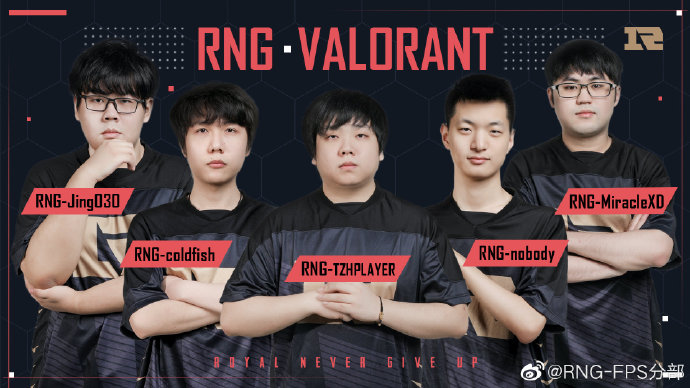 Some members of Royal Never Give Up VALORANT. Jing is no longer part of the team. ⓒ RNG-FPS分部 Weibo.

In the only big international event for Chinese teams thus far, the Douyu Bie Zhuang Cup Season 1 at the end of August, RNG made it all the way to the finals after victories against big Asian teams like T1 Korea T1 Korea 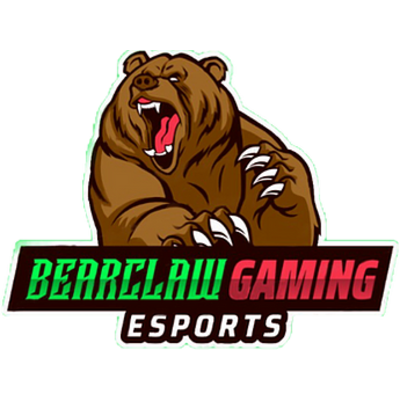 Among the Asian community, thoughts on Royal Never Give Up are mixed. Former Cloud9 White head coach and current BearClaw Gaming Director of Operations Yu “Pavane” Hyeon-sang said that his team “dominated” RNG, and that the only team they couldn’t beat was Vision Strikers. Vision Strikers’ own coaching staff, though, consider RNG to be one of the best teams in Asia and on the level of Absolute JUPITER. Current BearClaw and former T1 player Choi  “10X” Jin-woo Choi  “10X” Jin-woo

Team:BearClaw GamingMaps Played:39KPR:0.75ADR:140.54 noted that his former team only managed a 50% win rate in scrims against RNG, and Absolute JUPITER head coach Hibiki “XQQ” Motoyama described them as very good aimers, putting the Chinese scene as a whole on the same level of Korea and Japan, but said that they’re unfortunately very hampered by ping issues having to play on servers in Hong Kong.

Let’s keep in mind that RNG are not on the level of dominance as those previously mentioned teams. In fact, they’ve been slipping lately, losing tournaments to some other very skilled Chinese rosters. But they’ve still been the best over the period of time that Chinese teams have been going at VALORANT. And they’ll still be the favourites to secure a Chinese spot at Challenger or Master events this year.

Speaking of those other teams, let’s take a quick run down some of them, because of course, a scene is nothing without other squads to fill it out. Totoro Gaming Totoro Gaming

Yip “YoU“ Man HoHo “HeiB“ Shun HeiYi “XiaoFei“ ZhangJiacheng “PPQueen“ PengJun “LostMe“ Yu are a VALORANT-only organization founded when the game was released, and are led by star Jett player HeiB. He and teammate Yip “YoU” Man Ho Yip “YoU” Man Ho 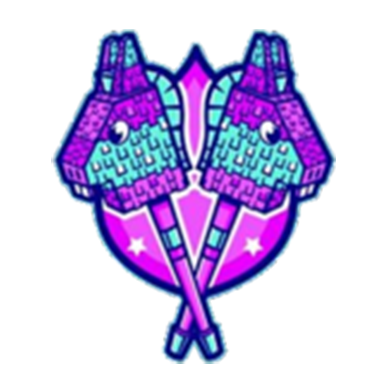 Yip “YoU“ Man HoHo “HeiB“ Shun Hei “Tin“  “rimzi“  “Darkkis“  “tackle“  “MeLiodas-“  “Toplay“ . Only One Word regularly play other Asian teams and are often broadcasted on western platforms, making HeiB and YoU two of the most accessible Chinese players to watch. They qualified with Only One Word for the First Strike Hong Kong & Taiwan Regional Final, but did not play in the main event. The team ended up falling out in the first round and placing 5th-8th. 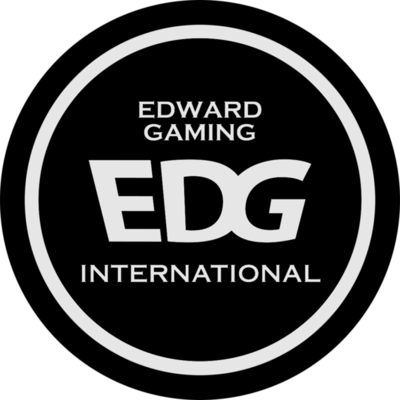 Gao “Boommmm“ HaodongZhong “L1nk“ WenxuanHan “Pikachu“ BohaoYao “YorkMonster“ KunQu “Life“ Donghao are another massive organization that fields a VALORANT team – they’ve been on a surge as of late, along with KaiXin Esports KaiXin Esports 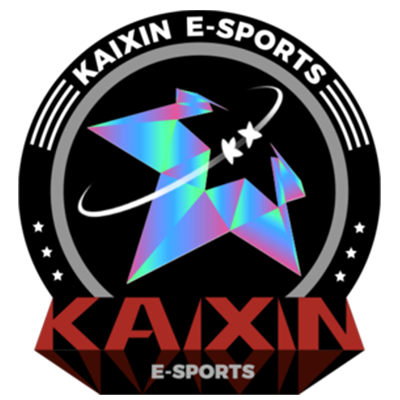 As a final note – how do you access Chinese VALORANT? Two main weekly competitions, the DouYu Bie Zhuang cups and the Vanguard Cups, run often, with bigger events breaking up the calendar every now and then. The DouYu competitions are typically broadcasted here, and the Vanguard Cup is broadcasted on Huya here. To access past broadcasts on DouYu, click on a suggested video (where the stream would usually be) when the stream is offline, then click on the channel’s name in the top right of the screen it brings you to. Finding past broadcasts on Huya is significantly easier, click the text next to the film roll icon underneath the stream name. Unfortunately, most recent weekly events on both platforms are not yet available to watch back.

To follow specific teams, Royal Never Give Up’s Weibo page for their FPS teams can be found here, EDward Gaming’s page is here, KaiXin Esports are here, and Totoro Gaming are here.

In other esports, Chinese teams are at the top. VALORANT isn’t even out in the country yet, but already, Chinese rosters are among the best squads in Asia. China is going to be a nation to watch out for in the VALORANT scene in the future. And for now, all I’m saying is that Southeast Asia gets two qualifying spots to Masters events and Champions at the end of the year. There’s a very good chance that, if Chinese teams are allowed to participate, they’d snag one or both of those spots. And if/when that happens, Western rosters better be prepared.

Fields: “Qualifying [for First Strike] as an unsigned team was a big start to a larger journey”