This interview was conducted prior to Envy’s signing of former T1 members Austin “crashies” Roberts and Victor “food” Wong.

Envy have been one of the most consistent teams in North America, and recently, at the Pop Flash VALORANT Invitational, they managed to reach the finals. Anthony “mummAy” DiPaolo has been with the team since the beginning, making a name for himself as one of the best OPers in the region. He sat down for THESPIKE.GG to discuss his past and career, Envy’s recent tournaments and future goals, and some news in the scene.

Answers edited after the interview for grammar and clarity.

Pop Flash was the last big tournament Team Envy participated in, and it went super well for you guys, as you reached the finals. How did the team feel about their performance? Is this emblematic of the progress the team has gone through?

We felt as if we proved ourselves as a top competitor: we fell short in the tournaments previous to Pop Flash, which was a bummer, but this time around we worked hard to make it to the finals, which was a refreshing run from the lower bracket. I think our progress was showcased most in the tourney with still more to come, we should’ve taken a map off Sentinels and next time we will.

How did you personally feel about your own performance throughout the event? 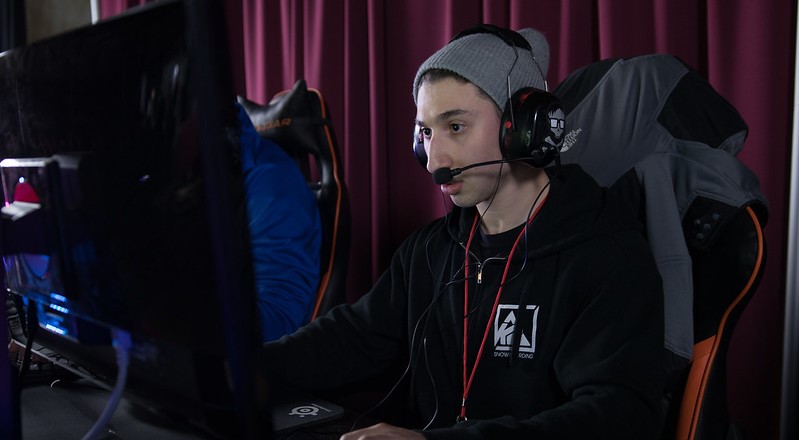 What do you think about the meta post-Patch 1.07?

I think the meta is going to take Sage out of the equation, which is a good thing since she can be so strong at times. Breach is going to be seen a lot more in the pro scene I’d imagine, and the Vandal is going to make some appearances more often than not.

Is there anything you would change? What specifically could be adjusted, especially for Jett as she’s been by far the strongest agent in the game?

I think Jett needs to be nerfed to a point where OPers shouldn’t feel like they are losing anything by not picking her. Her mobility and knife usage can really have high impact, which is okay, but there needs to be some sort of equal trade off where you can safely pick another agent that has the same type of impact. I’d probably nerf knives to not regenerate or only regenerate with a left click headshot, maybe change her dash distance or swap it with updraft to make it not replenish after two kills, and also change her weapon equip time after a dash.

How did you get into gaming and Counter-Strike?

When I was 5, I would watch my brother play Half-Life, Quake, and Counter-Strike. I would hop on his PC and play every now and then and I loved it. We were always very competitive and he was competing in both HL/CS/Quake at the time, and as I grew older I would continuously play and got better until I reached an age where I was able to join a team. My first real professional team was in Team Fortress 2 when I played with him and a few friends from Half-Life, then I moved on to CS:GO and now VALORANT. I still enjoy a wide variety of games and I remain competitive in all of them, just not at a professional level.

What was your CS:GO career like, for the majority of us that didn’t follow that deep into the scene?

My CS:GO career consisted of me playing matchmaking and realizing how good I was with AWPing, then I thought, ‘Lets join ESEA Open and see how far we can get.’ I messaged a team, tried out, and joined them. I said to myself I would play only until I hit a wall in progress. I flew through Open, Intermediate, and Main, and got scouted to Premier which was 1 Tier under the professional level. Premier then revamped to MDL, and they held their first Global MDL LAN in Katowice, Poland. The top 2 teams in the MDL NA league would attend, my team, Rush at the time, qualified, and we attended and placed 7-8th. After disagreements I tried building a team in MDL and it didn’t go so well, I then took an office job and quit CS until now, returning to VALORANT.

Why did you decide to make the pro leap into VALORANT after that?

One of my close friends, Khaled, told me about VALORANT and I actually had forgotten about its release. I watched streams night and day and fell in love with the game, it looked so crisp and refreshing with a core of Counter-Strike. It was something I could get hooked on and it was a fresh start, so I decided to commit the time and prove myself. I always said to myself I regretted not fully committing to CS, this was my chance to really see if I could turn it all around.

The unsigned roster you were a part of, together we are terrific, was a somewhat odd mix, with Pujan “FNS” Mehta being a pretty well-known and high-calibre CS player and the rest of you coming from the depths of North America. How did that roster come about?

Adam “aKis” Kisseberth and I were 10 manning with people that are currently in the T1/T2 scene in VALORANT. We were surrounded with all these players and we wanted to actually find a team after playing so well in these 10 mans. After aKis had a short stint with the now TSM roster, we came to each other trying to put something together for some of the newer tournaments. FNS had been playing pugs with myself and aKis here and there, and then shortly after, when tournament day came around, we were just like, “You guys down to play in this?” FNS brought along Abdo “c4Lypso” Agha, and aKis and I were a duo, we needed a 5th. I asked Michael “dapr” Gulino to play with us, he then went to Sentinels, but Jake “kaboose” McDonald was free, so we spoke with him and made it work.

What was the process to be signed by Envy like?

It was a fun process: we had results, we knew we were the best unsigned team, and we felt as if it was time for us to represent an organization. We spoke to Envy on a mutual ground, both reaching out to one another, and we struck a great deal that made everyone glad and gave us great incentive to make Envy a top competitor.

I hope you understand I have to ask about this, but there’s been allegations going around the scene that a number of players on Tier 1 VALORANT organizations had been matchfixing in lower-level CS:GO. What do you expect the fallout from this to be like? Will we see players dropped from rosters?

I think the fallout will be in the hands of the organizations. They will take action in whatever way they feel is necessary. If it’s to drop players, then so be it. That type of activity is a serious matter and can really ruin the integrity of the game at a high level. It shouldn’t be overlooked and I trust that things will be handled appropriately.

In our recent interview with Immortals’ Asuna, he shouted you out as his toughest player to play against, saying, “He just feels a lot more consistent with the OP and hits shots that normal OPers can’t. I don’t know what his reaction time is, but it has to be inhuman, it’s actually insane how good he is. He also understands how to aggress and is a crucial part to Envy’s success.” Do you have any words back to him, and who would your toughest player to play against be?

Asuna’s the man, he himself is a tough player to play against as well. I think his reasoning is fair, my play style consists of recognizing who the best player is in the server and essentially nullifying them. I want to be the person to be told where they are and I want to be the person to duel them and get them out of the way so that my team can progress further into the round safely. My toughest opponent I’d have to say is Matthew “Wardell” Yu or Tyson “TenZ” Ngo. They both have a very aggressive ‘get in your face’ playstyle and they both have really strong aim. I’ve been awping vs Wardell since ESEA Intermediate and on a few LANs, and he’s always crushed me, so it’s good to actually put up a better fight this time around. TenZ would be my choice if he was still OPing, but since he’s swapped to a rifler, I’d put Wardell first since I’m mainly thinking in terms of dueling OPers.

Where do you think Europe stands against North America right now? Or, if you’ve seen any Japanese competition, what about them?

What is next for Team Envy? Are there big tournaments coming up? What will we see from this team in the near future?

Our goal is to win. We’ve grown from top 8 to top 5 to top 2, now we want the victory under our belt to prove to everyone that we are here to compete and we are here to stay. We’ve been practicing really hard and we’ve identified where our weaknesses are, so we’re happy to showcase that in the next tournament that comes up. You will for sure see some great results from us as well as some more streams from each of our players.

Cloud9 round out roster with vice | VALORANT NEWS