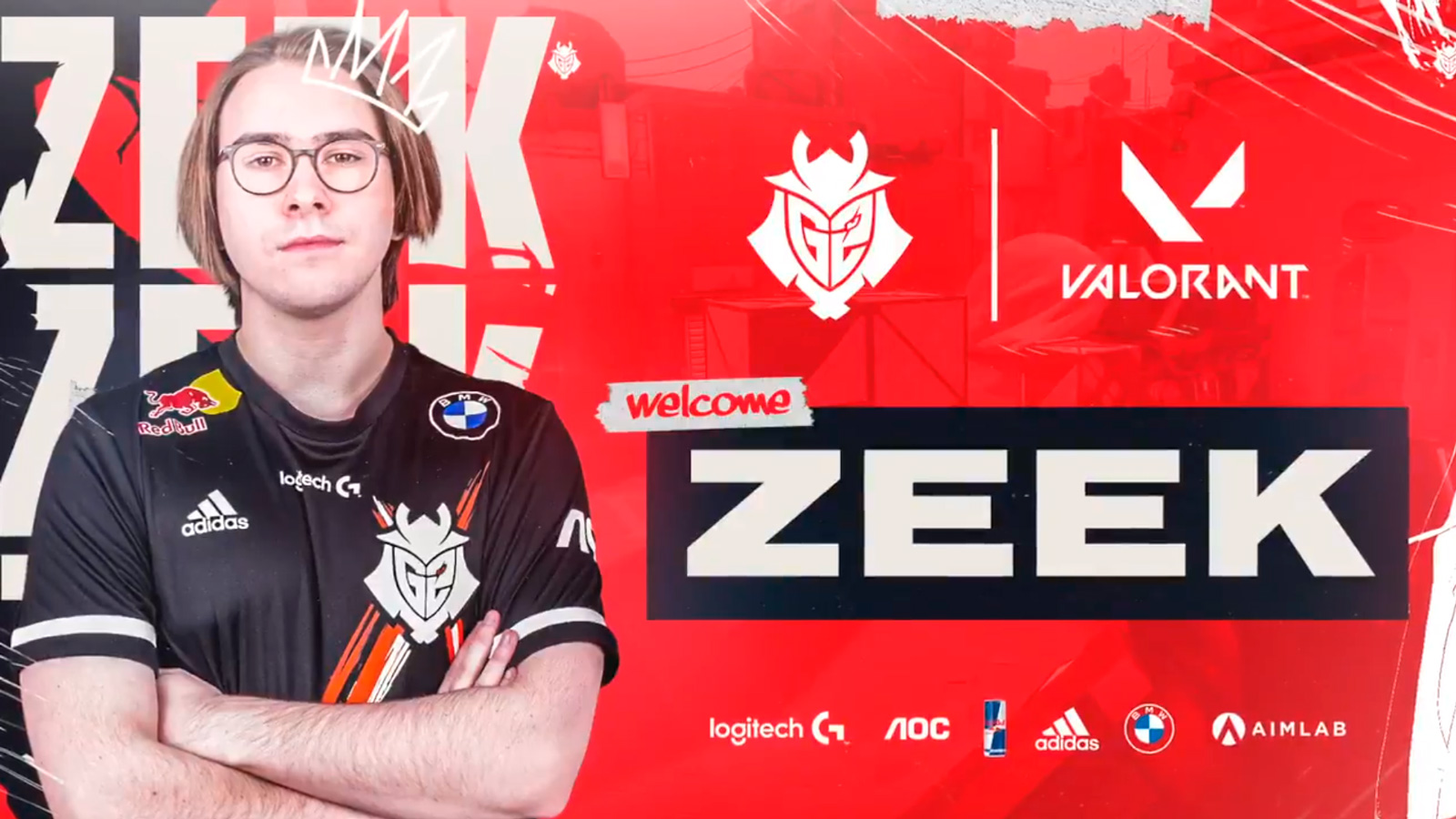 G2 Esports have announced its newest addition to its VALORANT roster. Aleksander “zeek” Zygmunt joins G2 after a lengthy career in Fortnite under the AGO Esports organization.

The Polish player is not a stranger to VALORANT, as Zeek began playing upon the game’s release, starting out with an all-Polish squad that played under the name Those Guys.

Zeek left Those Guys in September to join nolpenki, a European team that made it all the way through qualifiers to First Strike, where they fell to FunPlus Phoenix in the quarterfinals. The team opted to disband afterwards with the players going their separate ways; Zeek is the first of the nolpenki players to sign somewhere else.

Speaking of First Strike, G2 pulled the trigger on a player swap after a disappointing finish for the previously untouchable European squad. G2 had not lost a tournament match, or finished less than first at a tournament, heading into First Strike.

They finally fell to the eventual winners in Team Heretics in the semifinals, however. After that result, they parted ways with David “davidp” Prins, a primarily Sage player who used to play for Heretics during his CS:GO days.

Joining Zeek on G2 is a new coach as well, Neil “nEiLZiNHo” Finlay of the United Kingdom. Both nEiLZiNHo and Zeek join a G2 team that is high on talent and expectations leading into VALORANT Champions Tour. For G2, anything less than one of the three EU spots at the final Champions event would be considered a disappointment.