Immortals have been one of the best teams in North American VALORANT, and much of their success is off the back of their electric entry fragger, Peter “Asuna” Mazuryk. In an interview with THESPIKE.GG, the teenage phenom discussed the results from Flashpoint’s Pop Flash VALORANT Invitational, being as good as he is at such a young age, what the recent influx of star Counter-Strike: Global Offensive players will mean for the scene, and his thoughts on the current VALORANT meta.

Your team, Immortals, just came off of FACEIT and Flashpoint’s Pop Flash Invitational. What did you think of the team’s performance?

I think the result we showed in the Flashpoint tournament was a little unfortunate, one of our teammates, Quan “diceyzx” Tran, had his internet go out due to Hurricane Laura and as a result, it put us at a disadvantage against Envy. Excluding that game, I would say we could’ve beaten Sentinels on Bind and if we do that I believe we would’ve won the whole bo3. As a whole, I believe the result didn’t show our true skill level and hopefully the next tournament we can show how good we are.

Speaking of the Sentinels match, it was a fantastic game. We’ve all seen diceyzx’s ridiculous ace on Bind by now, what were the comms like in the team after that happened?

We were all pretty hyped and it really turned the game around for us. The comms were just us screaming about how good diceyzx is and we had to call a tactical (timeout) to get our adrenaline down as well. Really wish we shadowplayed that round, but we were too focused on the next round and all forgot about that.

Unfortunately, you couldn’t take the win in the end, and bowed out against Envy without diceyzx, as you said, due to internet issues. How did you personally feel about your own performance throughout the event? What is there to work on before the next big one?

I think I played fine, nothing outstanding, and I have a lot to work on if I want to play as well as Tyson “TenZ” Ngo or other players who are consistently putting on a show. I believe I need to work on knowing when it is right to play aggressive and (when to) just chill out. I tend to go for a lot of our first duels, and if I am not feeling it and consistently losing those duels, I tend to lose the game for my team. Specifically against Jay “sinatraa” Won‘s Phoenix on Bind hookah, I could’ve just given it up and played more passive against his aggression as he was clearly feeling it, however, I kept fighting it. I feel those types of habits I need to break if I want to be a better player and help my team win.

How did you originally get into gaming, and Counter-Strike?

I have always played video games my entire life with my cousin and my friends, it was just a fun hobby of mine and I always thought it’d be cool to play video games professionally. I didn’t play Counter-Strike until November 2014, when my older cousin who lives with me gifted me CS because he thought it was a cool game and I played it. 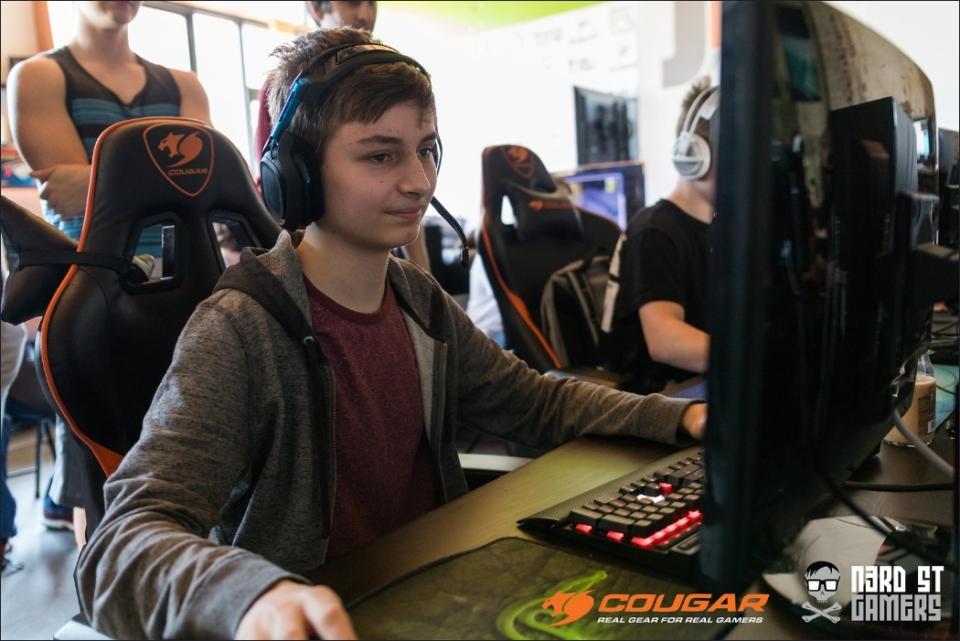 How did you choose your name?

I chose my name when I decided that having an anime profile picture made me play better. I decided to take it to another level and tried a bunch of random anime character names until I would get one that was allowed, since on ESEA, you can’t have the same name as someone else. A lot of the names were taken and then I got Asuna. I decided to keep it and I kept grinding with it and most people knew me as Asuna, so I was kind of forced to keep it.

Why did you make the decision to transition to VALORANT?

I had recently been dropped by Triumph and felt that was my only chance to really make it in the CS scene quickly. I was worried I would be forced to go to college and wouldn’t be able to play any video game professionally. My parents are extremely vocal about going to college, having good grades, good SAT scores, etc. I knew that VALORANT would be similar to CS and that the scene would be brand new, and if I gave it my all for 3 months, I would make it no matter what.

How did you end up getting signed by Immortals? What was the try-out and process like?

The 4 players they picked up, Joseph “Bjor” Bjorklund, Noah “jcStani” Smith, Yannick “KOLER” Blanchette, and Amgalan “Genghsta” Nemekhbayar, all knew I was insane and I was given tryouts because they vouched for me, and I scrimmed against tier 1 teams and I performed. It’s easy to get on a pro team when you know people and those people are able to confirm your skill, and I was lucky that these people trusted me to be their teammate.

While Immortals started out with Bjor, he was released after a few months and replaced with diceyzx. What has the transition been like for you and your teammates?

The transition has been pretty good for us, we all felt that this was the move that would allow our team to perform and place better in tournaments. The meta for the game is evolving in a way where you need a Jett OPer and diceyzx was the perfect fit for our team.

You’re currently only 17 years old, and were signed by Immortals when you were still 16. What is it like being a professional at such a young age

I feel like it is the same for everyone who is professional. It’s just nice to know I have a long future ahead for me since I am so young. I have a lot of time to do what I want.

Can it be difficult balancing gaming and school?

I haven’t really experienced school and being a pro in VALORANT at the same time. I got picked up early June when school was coming to an end. When I was grinding for VALORANT and even CS, it didn’t really feel that difficult, as long as I paid attention in class, I would usually do well on the test. Homework for my school is pretty lenient and I am able to finish it during lunch or during that class.

Who is the scariest player to face in North America right now, and why?

Any Jett OPer, it feels as if they can do plays that any normal player would be punished for. But, if you want me to be specific, the best Jett OPer would have to be Anthony “mummAy” DiPaolo. He just feels a lot more consistent with the OP and hits shots that normal OPers can’t. I don’t know what his reaction time is, but it has to be inhuman, it’s actually insane how good he is. He also understands how to aggress and is a crucial part to Envy’s success.

With the recent news that Joshua “steel” Nissan has moved to VALORANT for 100 Thieves, he only adds on to the list of high-level Counter-Strike players making the switch, with Nicholas “nitr0” Cannella being the other notable figure to move lately. Do you think these players will raise the skill level of North America, or will they struggle to compete against established talents such as sinatraa, Matthew “Wardell” Yu, and yourself?

They will definitely raise the skill level of North America, I believe these players accomplished something that most of us didn’t in CS and that’s what separates them from the rest of us. They will help develop young players who are new to being a pro player and make the scene more established. I also believe that VALORANT in this current state lacks renowned IGLs like steel and nitr0 who are known to help develop young and upcoming talent. If they find players who are young and insane at aiming and teach them how to play with the team, they will certainly be at the top of VALORANT. 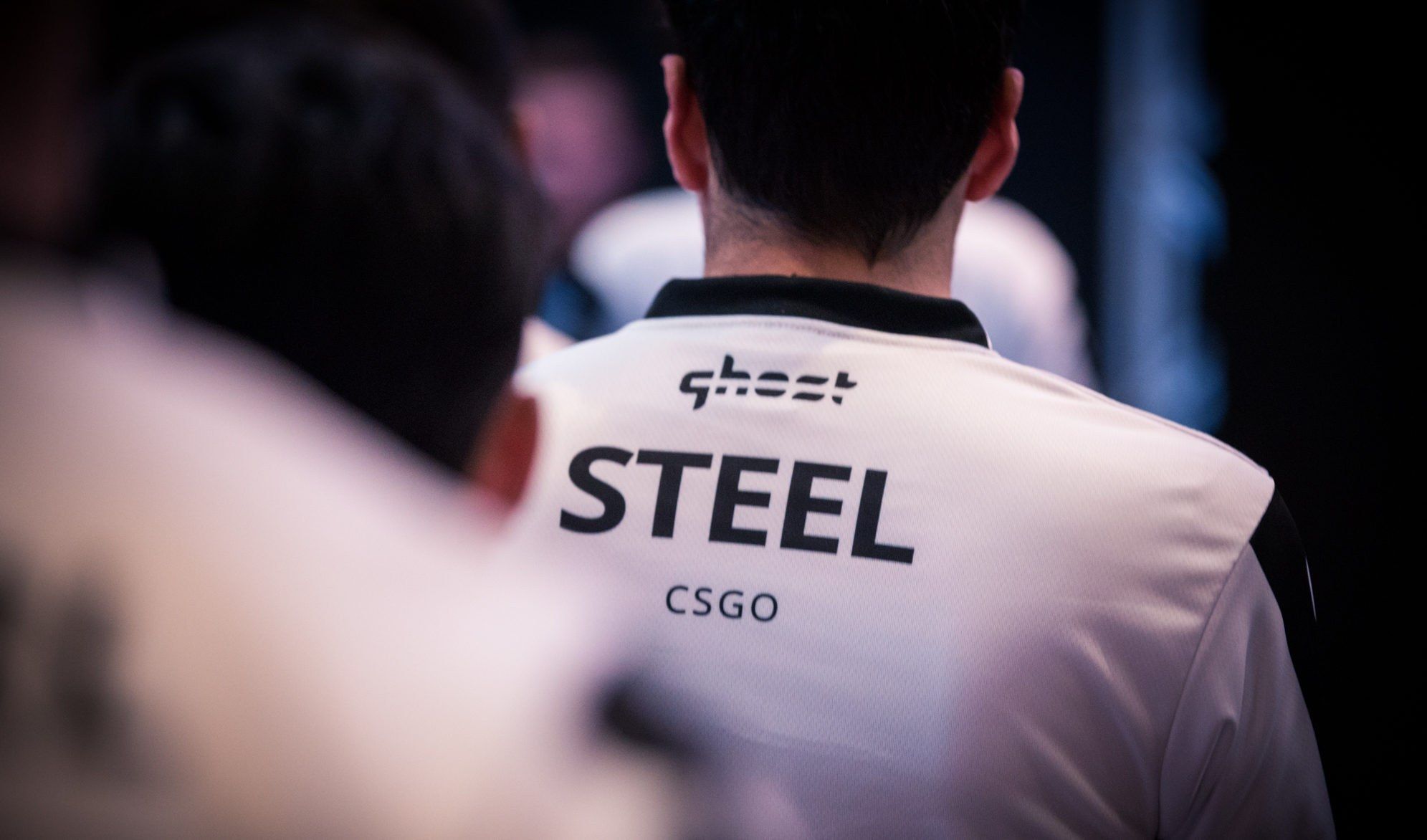 Do you think North America is ahead of Europe in terms of skill? Or are they more or less even?

The reason I think North America is ahead is because the tier 2 scene in CS has no orgs and most players switched over to VALORANT. Players such as Wardell, Yassine “Subroza” Taoufik, Pujan “FNS” Mehta, if they were in tier 2 EU, they would’ve found an org and kept playing CS. However, they didn’t and switched over to VALORANT. EU is different, their tier 2 scene has tons of orgs and plenty of tournaments where talent can be noticed. EU also streams their matches, I feel that just speaks for itself. If you are able to stream your comms and get away with it, the scene just isn’t competitive, no one is trying to beat you.

Where do you think a European team, for instance the dominant G2 Esports, would place in a major North American event?

I’d say around top 6, really depends on how good they are individually. They all seem good from what I saw, but I need to play against them to actually get a feel of their individual skill.

What do you think of the meta right now?

It is awful, dying to a Jett OPer makes me want to quit the game. They need to nerf that agent and after (seeing) Patch 1.07 it makes me sad.

Jett has been most talked about in the community. What changes would you make to her?

What most people have said, I would make her right click not replenish knives and just give you one free kill, and then make the dash only dash wherever you are facing. On top of that, nerf the shotguns in the air, which would also in turn nerf her.

What impact do you think Patch 1.07, featuring a major nerf to Sage, a buff to Breach, and a buff to the Vandal, will have on the meta in professional play?

The Vandal, after DMing with it for a little, feels nice, I might switch over to it and many other pros might do the same as well. The Sage nerf was unnecessary and just makes the agent dead, and she won’t be picked. Breach will start to become meta as he was already rising in popularity in the pro scene. Viper’s buff was meaningless, she will still not get picked at all. Killjoy got nerfed slightly and she was only picked 25% in Flashpoint, so she will probably just fall out of the meta.

What is next for the Immortals squad? Do you believe you can challenge the best in North America in the near future?

If we all find our groove, we can definitely be the best in North America. At the moment, I think we need to experiment with Breach and see if he fits our composition. This game is all about innovation – sinatraa’s Odin, Wardell’s Jett, Sage-less meta. If you are the first team to think of these you can definitely come out ahead for a tournament or two.

Valorant – European Scene Struggles Without Tournaments And Weeklies From Orgs